Angelina Jolie is an American actress, filmmaker, and philanthropist. Entering the profession at a very young age, Angelina Jolie gradually became a familiar name and was loved by a large audience through her impressive roles. In particular, the personality roles seem to have become Angie’s trademark because of the similarity with her real-life personality. Besides her illustrious acting …

Angelina Jolie is an American actress, filmmaker, and philanthropist. Entering the profession at a very young age, Angelina Jolie gradually became a familiar name and was loved by a large audience through her impressive roles. In particular, the personality roles seem to have become Angie’s trademark because of the similarity with her real-life personality. Besides her illustrious acting career and turbulent love affair with ex-husband Brad Pitt, the public also remembers Angelina through the confusing tattoos on the actress’s body.

She recently showed off a new tattoo on her arm, Angelina Jolie’s tattoo which is the Italian phrase “eppur si muove”, which means “but it still moves”. This is the famous saying of the brilliant scientist Galileo Galilei and in 1633. At that time, he was forced to retract his statement that the earth revolves around the sun. However, before walking out of the trial, Galileo Galilei said “but it still moves” to confirm the results of his research. Therefore, this saying also implies that the truth is still the truth and that one day justice will prevail.

In early 2021, Angelina Jolie talked about her new tattoo with Vogue magazine. She revealed that she made a tattoo in 2020, the time when this star fought with ex-husband Brad Pitt for custody of the children. However, the public has not had the opportunity to see this tattoo.


Angelina Jolie has many tattoos on her body and each has a different meaning to her life. In it, she tattooed the words Khmer for peace, incantations in Sanskrit, geographical coordinates where her children (both biological and adopted) were born…

Angelina got a very large Bengal tiger, 12 inches long (more than 30 cm) and 8 inches wide (more than 20 cm) on her lower back in 2004 by artist Sompong Kanphai. This is a special way to celebrate her Cambodian citizenship.

Angelina decided to tattoo Khmer characters to pray for luck for her adopted son Maddox. According to some people, the tattoo above is a type of Thai amulet, the tattoo artist is also famous Thai. These images are not meant to be tattooed, but the artist and the tattooist have to abstain from many things.

The first line: Prevent, reduce and protect where you live if feng shui is bad.Second line: Corrections and protection against bad horoscope constellations.Third line: Protect you, avoid being harmed by small people, being played by othersFourth line: Increase your luck, success and fortune.Fifth line: Make others trust and love themselves.The cult Hollywood actress has also tattooed 3 new images on her back, including a geometric character board, animal shapes and pagodas. According to locals, it is two ancient Thai Buddhist symbols and a mantra to help protect the owner.


In addition, under the V-zone, she has an X tattoo. This X tattoo is to cover up a tattoo Angie got in 1996. Next to it is the Latin text that means: “What nourishes me destroy me”.

On the inside of her left hand is a Tennessee Williams quote, “a prayer for the wild at heart, kept in cages”.


Algelina tattooed on her bicep 6 coordinates of the birthplace of her adopted and biological children. She later added a 7th coordinate, which is believed to be the coordinate of Brad Pitt’s birthplace.+

In addition, the Arabic script meaning “Determination” is tattooed right on the right hand, which, according to Jolie, refers to “strength of will”. 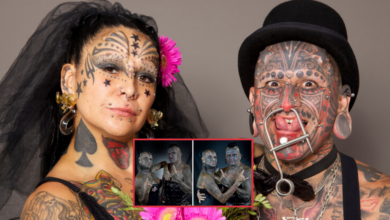 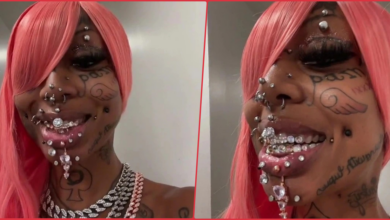 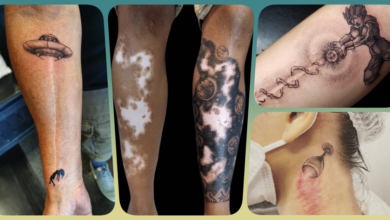 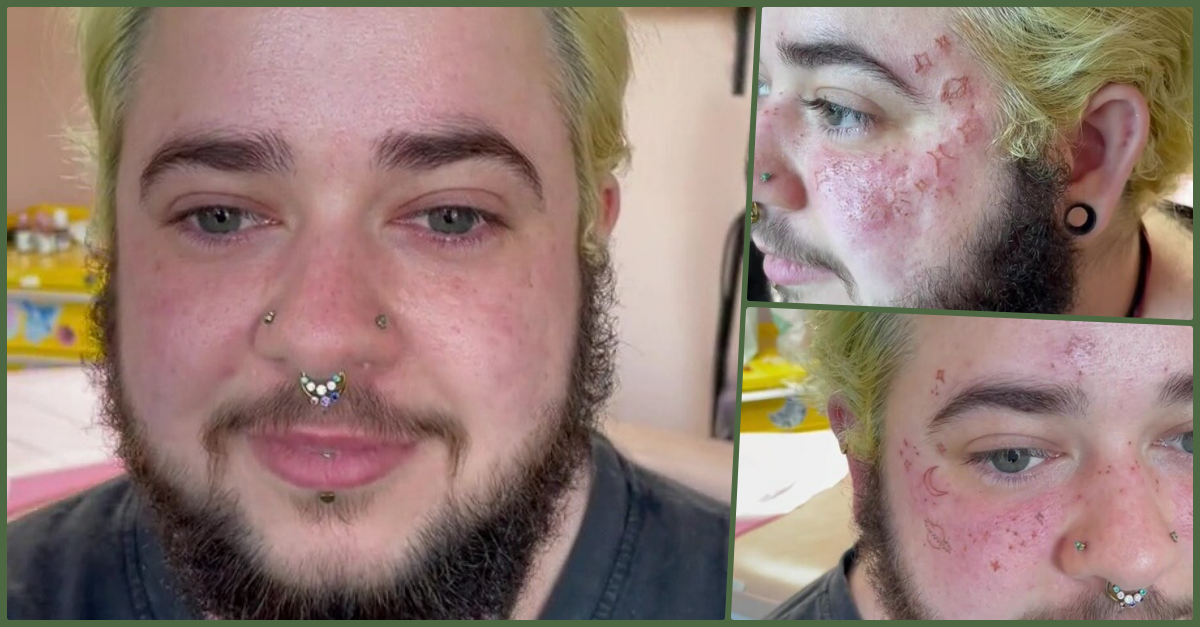 The guy with the unique galaxy, star and planet tattoo on his face